The dryer can be divided into three main systems.

The Clothes Dryer control system is made up of the timer or control board (for dryer timing), a cycling thermostat or thermistor on electronic dryer models (for dryer temperature control), hi-limit thermostat, thermal fuse , and a  door switch (for dryer safety).

And the airflow system made up of the blower wheel, home and internal ducting. The home ducting is an important aspect to proper dryer operation and must be included in this list. 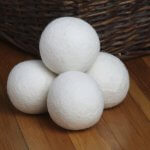 more air to pass between articles of clothing.  As darkness is the absence of light and cold is the absence of heat, so dry is the absence of moisture.  As the motor rotates the clothing within the drum, a blower system forces air of varying temperatures through the drum to encourage the water within the fabric to evaporate into a vapor, allowing it to be carried out of the dryer through the dryer duct. The length of time the dryer runs and the air temperature are controlled by the timer and various thermostats located within the dryer.  This may sound slightly more complicated than a wire pulled tight in the back yard but it actually is a very simple mechanical system.PDF Dryer Repair Manuals

The Making of a GE Clothes Dryer

The dryer’s timer regulates the time length of the dryer cycle. It also allows electricity to flow down the the heating system through the safety and control thermostats. The dryer’s cycling thermostat cycles the heat source of the dryer on and off to maintain the drum temperature at a controlled average depending on the dryers temperature setting; hi, med, lo, etc. Dryers that have an electronic control system to replace the mechanical timer use a dryer thermistor to report measured temperature back to the control, the dryer’s control board then open and closes a relay switch to cycle the dryer’s heat source on and off. The hi-limit thermostat acts as a safety that will break power to the heat source if the ducting becomes blocked or the dryer overheats.  Moisture sensing is accomplished one of two ways.  Two metal strips located within the drum will reset an internal counter that attempts to count to a particular number. Less dry settings might be 10 while more dry settings might be 40. Each time an article of wet clothing

within the dryer drum contacts both strips, the counter is reset to zero.  The other method uses the thermostat to advance the timer depending on how quickly the drum temperature is fluctuating. Wet clothing will cause the temperature to drop rapidly requiring the dryer’s heat source to cycle at a faster rate than a drum filled with less moist clothing. The thermal fuse is a one-time blow fuse that will burn out if the dryer temperature rises above safe operating levels usually 250º.  This is the most common cause for a dryer that runs normally but has no heat.  The dryer door switch senses if the dryer door is open or closed and will not allow any mechanical or electrical function if the door appears to be open.

The dryer motor turns the clothes drum with a belt as well as a fan called the blower.

The belt is given tension by a spring pulley that increases the belt’s grip on the drum in the form of friction.  Several nylon or felt strips located at the front and or rear of the dryer drum reduce friction from the drum’s rotation.  It is also common for the drum to be supported by a number of support rollers.  Some dryer models have a single rear ball bearing attached to the back of the dryer drum that is cradled in a nylon receiver.

A gas dryer uses a burner assembly, which is comprised of a control valve with two solenoids (also called coils), gas valve, igniter, and a flame sensor. When the dryer is started, the igniter heats up. When the sensor detects the heat, it signals the solenoid on the control valve to open and release the gas, which is then lit by the glowing hot igniter. The igniter turns off but the gas jet remains open. The burning jet of gas keeps the sensor warm, which keeps the gas valve open until the cycling thermostat signals the control valve to stop the flow of gas.  The coil valve is the most common part to fail in this system, allowing for short periods of proper temperatures followed by no heat at all later in the cycle.

An Electric dryer operates in basically the same way.  When the dryer thermostat is

closed, allowing power to flow though to the heating element, the resistance of the element creates heat, which is carried by the air from the blower into and out of the drum.  The heating element will cycle on and off in the same way as a gas dryer to maintain an average temperature determined by the thermostats sensitivity setting.

Airflow from the blower passes over a heating element (in an electric dryer) or by a gas jet (in a gas dryer). The heated air then passes through the drum evaporating any moisture within the dryer drum and out the back of the dryer through the duct.  Any restriction of this airflow within the dryer or in any ducting attached to the dryer (home ducting) will reduce the dryer’s ability to remove the evaporated moisture from the drum, leading to long drying times even with a working heating system.  Most dryers are designed to have a duct no longer than 10 feet. Each 90º angle is like adding 5 feet. Vertical ducting must be regularly cleaned to maintain good airflow.  A ducting blockage is also commonly the cause of a blown thermal fuse,  malfunctioning coils, and dryer fires.